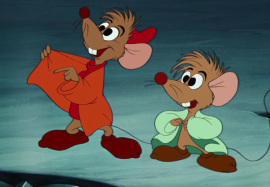 "It was much earlier even than that when most people forgot that the very oldest stories are, sooner or later, about blood. Later on they took the blood out to make the stories more acceptable to children, or at least to the people who had to read them to children rather than children themselves (who, on the whole, are quite keen on blood provided it's being shed by the deserving), and then wondered where the stories went." - Hogfather


This quote perfectly describes Disneyfication. It is a term that is used to describe the process of stripping down classical tales and rebuilding them in a way that is deemed appropriate for children. It often strips away death, violence, and religion, and replaces it with love, magic and happily ever after. Fairy and folk tales were originally oral tales that were passed on from generation to generation and usually carried some sort of lesson. They cautioned children to mind their parents, and pray every night; they told tales of silly girls that gave up family for love and payed the price.

While Disney films are entertaining and often beautiful, this comes at a price. As a whole, our culture loses touch with the old tales, and the lessons they taught. Disney fills kid's heads with beautiful images of royalty and love, and often skips over the hard work and heartbreak that can come along with chasing a happily ever after.

The next three pages will show just some of the differences that are present between the classical versions of the tales and the Disney version. For this website, I have used the Grimm's version of Cinderella and Rapunzel, and Hans Christian Andersen's The Little Mermaid.
Powered by