Fairy Tales in the Past 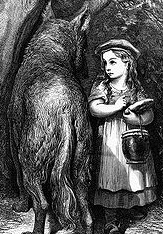 Image by Gustave Doré.
There was a time when fairy tales were not as light and beautiful as they are today. The endings were not always happy, and they were made to pass on religious or social values, as well as to entertain. Many of the tales that we are so familiar with today such as, Cinderella, Little Red Riding Hood, Rapunzel, and Beauty and the Beast, have existed for hundreds of years and have been translated into countless languages. For example, around the world Cinderella is known by names such as: Yeh-hsien, Donkeyskin, The Little Cinder Girl, Catskin, and the Black Cow. While there are hundreds of authors of classic fairy tales, three stick out the most when talking about the great versions. The three (or four depending how you look at it) authors that will be featured below are: the Brothers Grimm, Charles Perrault, and Hans Christian Andersen. Both Perrault and Andersen were known for writing their own versions of the tales, the Brother's Grimm, however, are better known for translating and compiling existing versions of oral tales from around the world. All three are celebrated in the world of literature, and all three were strongly criticized in their time, as well as currently, for writing dark gruesome tales that would hardly be allowable for the children of today to read. It is often argued the the folk tales used to be aimed more at the parents and adults of the time rather than the children. Either way, the tales were dark and meant to scare children into behaving a certain way or showing what could happen if they didn't be cautious of their behavior. 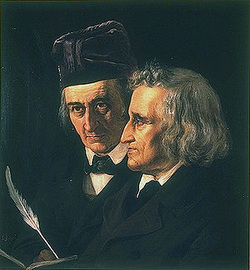 Elisabeth Jerichau-Baumann (1855)
Jacob and Wilhelm Grimm
Also known as, The Brothers Grimm, were two brothers who were born in Germany in the late eighteenth century. They originally set out to make careers for themselves as lawyers, but found themselves drawn into another direction. They became fascinated by the word of literature, poetry and folktales and in the year 1812 they published their first collection of tales titled, Children's and Household Tales. This collection included folktales from the oral traditions of several countries, witch they translated into German. In 1814 they created a second volume, which added an additional 70 stories to the previous 86 tales found in the first volume. After this they were recognized as the preeminent scholars and translators of folktales. They each went on to earn and honorary doctorates from the University of Marburg, and publish an additional 5 editions of their popular book. They were criticized at the time for the dark nature of many of the tales even though they were classified as "children's" tales. This caused them to change some of the stories in each of the editions, most notably the change of the wicked mother in Snow White to the evil stepmother. They refused, however, to remove much of the violence. 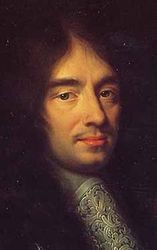 Philippe Lallemand (1672)
Charles Perrault
Charles Perrault was a french author and poet born in 1628. Although he wrote several books, and published countless works, he is most known for his 1697 publication, Tales Form Times Past; or, Tales of Mother Goose. This was a realatively small book containing only eight tales; which, while the plots were already widely known, his publication gave many of the tales literary legitimacy. The tales in this book were written to amuse his children, and he even published the book under his son Pierre's name. Tales that were included in this book are: Sleeping Beauty, Cinderella, Little Red Riding Hood, Blue Beard, Puss in Boots, The Fairies, and Ricky of the Tuft. All of the tales were originally written in French and later translated. 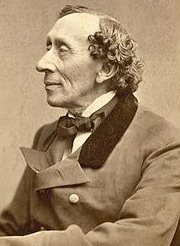 Thora Hallager (1869)
Hans Christian Anderson
Hans Christian Anderson was a Danish author and poet who was born in the year 1805. He wrote several short stories, poems, and travel essays, but is best known for his over 150 fairy tales. Unlike Perrault and the Brothers Grimm, Andersen went right into the creative world, and did not start out studying law. He was born to a poor washwoman and shoemaker, who did their best to nurture his creative side. After the death of his father, Andersen moved to Copenhagen to pursue an acting career. His first, and by far his most enduring work in fairy tales was the 1835 published, Fairy Tales, Told for Children. This collection included, The Little Mermaid, The Little Match Girl, and The Red Shoes, among other tales. During his life, Andersen met and became friends with many of the greats of art, music and literature including: Alexander Dumas, Victor Hugo, Johannes Brahms, Richard Wagner, and Charles Dickens. He received the Knighthood of the Red Eagle from King Friedrich Wilhelm IV of Prussia in 1846.
Powered by